Being the first cryptocurrency on blockchain technology, Bitcoin price movements usually determine the trend for the rest of the crypto market. Its price has always been ahead in dominance and market cap.

So, does bitcoin price prediction indicate a possible reclaim of the all-time high price? Should a crypto investor be optimistic about the BTC price forecast? Find out more below.

What Is Bitcoin (BTC)

Bitcoin is not just the world’s first cryptocurrency; it's also the revered digital gold of this era. It operates on a proof-of-work blockchain and is recognized as a decentralized platform for peer-to-peer-based transactions.

All Bitcoin transactions exist on a particular platform known as a public ledger, which everyone can access. As such, its transactions are impossible to fake or reverse – the primary aim of its design.

Bitcoin has no government backing or institutional issuance. As a result, the only guarantee of its value is the proof of work system. Over the years, Bitcoin has stood as the most popular asset for many investors.

A brief history of bitcoin (BTC)

Bitcoin’s white paper emerged in 2008, explaining the blockchain system at the time. The network launch occurred in 2009 by the pseudonym Satoshi Nakamoto.

After the first seven months following Bitcoin’s creation, Satoshi mined about 1.1 million of the coin. As of now, those coins would be worth more than $22 billion.

As time went by, the understanding of the financial value of the token became more established. This fact backs up the reason for the fast growth of the Bitcoin digital currency in today’s world.

What protocol does bitcoin Use?

The Bitcoin peer-to-peer or P2P protocol, whose architecture functions on the internet, powers the BTC network.

Peer-to-peer is a term describing a network that contains a set of computers that are peers to themselves. They're equal, and all the nodes function to ensure the seamless operation of the network.

However, a Mesh network is required for these nodes to function properly. The mesh network comes with a flat topology and allows the successful interconnection of all the nodes. This kind of network has no particular server, no hierarchy, nor a centralized service within it.

What makes bitcoin different from other cryptocurrencies?

Certain characteristics of Bitcoin differentiate it from the rest of digital tokens. They include:

The network of this financial asset is completely decentralized. Its validation process requires a collective consensus of all the available nodes in the network to create its block reward.

Bitcoin will never go beyond 21 million tokens, mainly because this market cap is built into its code.

Moreover, incentive and market demand will validate the network if the token maintains its fixed supply.

Presently, there are millions of active Bitcoin users. Due to this large number, the token now hugely affects the broader crypto market. Moreover, being the oldest digital coin, Bitcoin has become a major stream asset for many investors.

Bitcoin at a glance

Bitcoin might be the first and highest cryptocurrency, but some internal and external factors can influence its price prediction and trend. Let’s address them below.

Bitcoin has a supply cap of 21,000,000 coins. The total number already circulating the market is 19,198,006 BTC. According to expert technical analysis, miners will produce the last coin by 2140.

Once they hit that point, new BTC coins will no longer enter the system, pushing its expected average trading price incredibly high. BTC will not saturate the market now and in the future.

That's why a crypto expert once predicted that the BTC price would reach $1 million by 2030.

Bitcoin is a popular asset that developers aim to make a dependable store of value. That’s why BTC has been called the “digital gold.” Even though the high volatility in the cryptocurrency market affects the asset, its demand will still grow.

Every crypto enthusiast is waiting for BTC to become a strong hedge against inflation. Once fluctuation no longer affects Bitcoin, it will become a good investment option, pushing its demand and price higher. n

Bitcoin price can hit the cryptocurrency expert predictions in the future. Currently, this digital currency has become a globally recognized asset. Some countries, such as El Salvador and the Central African Republic, have made it a legal tender.

Others have legalized Bitcoin as a means of payment, including Spain, Denmark, Iceland, Japan, Germany, etc. As Bitcoin adoption keeps growing, its price will soar.

The volatility and price fluctuation in the crypto market sometimes lead to massive losses for those who invest in BTC. That’s why the call for regulation has been resounding in the industry.

If upcoming regulations favor Bitcoin and the rest of the crypto assets, its BTC price prediction for forthcoming years will be higher. And vice versa.

The current macroeconomic environment has been unfavorable for the BTC price forecast. Due to the rising inflation data in the US, the ongoing Russia and Ukraine war, and the continued hike in interest rates, Bitcoin, Ethereum, and other cryptocurrencies haven't been profitable.

Many experts predict a trend reversal in the market if the ongoing inflation recedes. Prices will normalize, making the industry lucrative again.

Bitcoin Detailed Price Performance In The Past

Here are some prominent factors that affected the price of Bitcoin over the years.

Bitcoin price maintained a gradual growth until it hit the $1,000 price mark in 2013, then dropped for the first time. The drop was due to the warning from China's Central Bank that Bitcoin is not legal tender.

The Chinese government didn’t ban the use of Bitcoin, but warned citizens about transaction risks they’ll face. Bitcoin reacted to the statement almost immediately and dipped to a price lesser than $600.

However, it bounced back to hit an all-time high of $20K in 2017. Correction followed this price movement as of 2018, but the token later regained a bullish momentum in 2020.

The global pandemic in 2020

Several tokens witnessed a downturn in their prices in the heat of the global pandemic in 2020, but not Bitcoin. The coronavirus pandemic brought the fear about possible inflation on the United States dollar and triggered BTC price growth.

Several digital tokens, including Bitcoin, have been in the red zone since the start of the bearish trend in 2022. Bitcoin started the year at $35K and grew to about $50K in March, about the dawn of the year's crypto winter.

This event has brought the token to its current value range between $19K and $21K.

This is the first time the token is revisiting the $21K price mark. Before now, Bitcoin has maintained price movements around the $19K and $20 price levels.

Some analysts predict that the average price of Bitcoin at the end of today, November 4, will be around $20,800.

A few cryptocurrency analysts have put up a forecast for December. Check it out below.

Here is the BTC price forecast for the year 2022

Here is the BTC price forecast for the year 2023

Crypto experts’ predictions provide some useful guidance for a successful investment. Here are the predictions by some reputable ones.

Margex is a platform that offers 100X leverage on BTC trading. Buying the crypto is seamless, with multiple options for deposits. A trader can fund his wallet with crypto or fiat and trade on the go with Margex innovative mobile app.

Moreover, the platform provides technical analysis tools to enable any crypto enthusiast to make the right moves. Based on these tools and BTC price history, Margex analysts present a prediction for the next few years.

Bitcoin price in the previous year was encouraging, hitting $69K. This year 2022 wasn’t favorable for the asset. If the inflation rate decreases, the Feds will relax its hawkish stance. Such actions might push BTC's expected average trading price to $23K+ by the end of 2022.

But note, this BTC price prediction is not finite. Trends may change due to market sentiments. So, don't see it as investment advice. Instead, do your research before investing.

Bitcoin is popular, making it a focal point for price estimation. The current value of BTC is $21,176.30 as of November 4, 2022. But you can find more expert forecasts for BTC in the future below.

Cryptocurrency experts analyzed BTC based on its fluctuations in the previous years. From the analyses, experts predicted that Bitcoin minimum price would fall to $64,000 and a maximum value of $81,000 in 2025.

An October 2022 BTC price estimation revealed that Bitcoin price would be worth $295,000 in 2030. With Bitcoin's mainstream adoption increasing to its peak in 2030, Bitcoin value will appreciate and hit an all-time high of over $150,000.

What will the BTC price reach in 5 years?

Does Bitcoin have a bright future?

Given the ongoing evolution of the finance industry toward blockchain, the future is bright for Bitcoin. The coming years may prove notably crucial to Bitcoin, as many experts predict its price elevation over the next decade.

How high can BTC reach?

Bitcoin can reach $100,000 or above $250,000 in the next eight years. All things being equal, without competitive threats, harsh regulations, and a significant adoption level, Bitcoin will hit its new all-time high within the next few years. 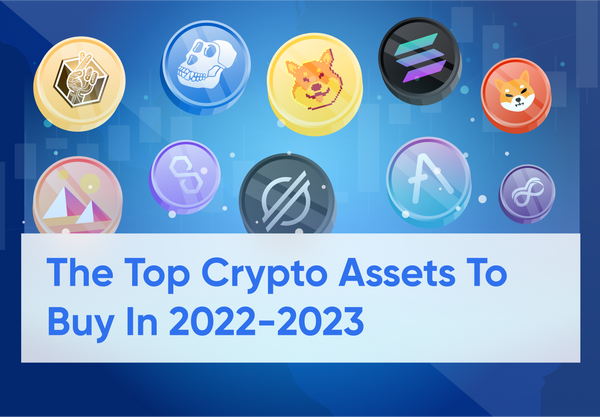 Currently, the crypto market doesn’t look good for investors. But some promising altcoins are still worth your investments in the heat of the crypto winter. Sellers may not feel good about the present market price. However, buyers can leverage this opportunity by gathering more of the most promising crypto 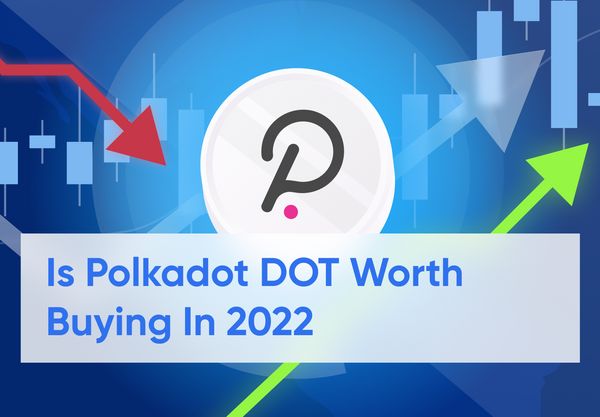 Polkadot is a multi-chain innovative crypto project that boosts blockchain interoperability and Web3, the decentralized web initiative. Since the crypto project emerged in May 2020, the native token DOT has recorded a lot of price swings, uptrends, and downtrends. The price of the token today stands at $6.43, showing

By in Price Predictions 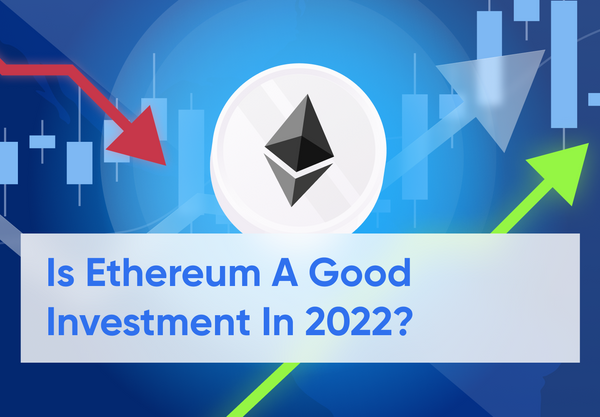 The disruptive technologies of blockchain and cryptocurrencies have resulted in increased adoption and applications of its technologies to real-world systems. The proliferation of users utilizing cryptocurrencies for their store of values capabilities and potential for life-changing wealth checks the boxes for many. An example can be seen and fact-checked on

By in Price Predictions