Litecoin ranks among the most popular cryptocurrencies in the world. It shares some similarities to the bitcoin project since it uses a Proof-of-work mechanism. This means that miners sustain the network and earn rewards in the form of new tokens. But what is Litecoin halving?

Litecoin halving is an anti-inflation plan programmed into the network to reduce miners' rewards every four years. Miners work round the clock to mine cryptocurrencies and make a profit. If this is left without a control measure, the excess number of  Litecoin will saturate the system creating inflation.

So, halving is the answer to combating annual inflation and keeping the Litecoin project relevant. According to the law of supply and demand, scarcity drives up the price of a commodity. Bitcoin also relies on halving to help sustain its value over the years.

The next Litecoin halving is scheduled to take place in August 2023 and will reduce the hashrate for miners. Keep reading for more information on halving and its implications for the miners.

Litecoin halving is a process that reduces the Litecoin block reward for miners by 50 percent of its current value. Miners earn rewards for solving complex problems and creating blocks of new transactions on the blockchain.

Whenever the Litecoin blockchain reaches 840,000 blocks, it automatically halves. The network reaches these numbers every four years. This halving mechanism is also similar to the one used by Bitcoin.

Litecoin has a mining cap of 84 million coins.

It takes the Litecoin network 2.5 minutes to generate a new block, with up to 576 blocks added to the blockchain daily. This represents an upgrade to the old bitcoin technology that takes approximately 10 minutes to confirm a new block.

The halving mechanism was automatically programmed into the Litecoin algorithm. Miners react differently to halving because it directly impacts mining profitability.

But crypto community members always pay attention to halving events due to their significant impact on price. The network also offers low transaction fees, making it the ideal option for small transactions.

Does halving occur in Litecoin?

The Litecoin algorithm is programmed with a halving mechanism executed every four years. This mechanism aims to maintain the long-term value of Litecoin and overcome inflation recorded with fiat currencies.

Why does Litecoin halving take place?

Miners add a large number of coins to the Litecoin blockchain daily. So, halving is a control mechanism for the total supply of Litecoin in circulation. The mechanism control inflation, a phenomenon that central banks struggle with in the traditional financial system.

It helps preserve the coin's value by cutting the total number of Litecoin in circulation in half. This works with the principle of supply and demand and increases the value of the coin due to scarcity.

The gradual reduction of Litecoin will continue till the coin reaches its maximum capacity of 84 million tokens. Experts predict the event in 2142.

How Does LTC Halving Affect Miners?

With a decrease in the block rewards, miners who used to earn a certain amount of reward will earn lesser income. Although the first halving was not pronounced on the hashrate, the second one caused a noticeable drop in the hashrate.

Halving reduces mining block's profitability and will sometimes decrease earnings even for traders. The market price of LTC fluctuates after halving due to miners' fears of losing money rapidly.

Many miners see this as a high-risk situation. Others are concerned that their reward after the halving will not equal their mining effort. As a result, some miners switched to other tokens when the mining difficulty increased with Litecoin halving.

This leaves only serious people still committed to mining the token even with the complex technical process.

When Will, The Next Halving, Take Place On Litecoin?

The next Litecoin halving event is predicted to be in August 2023. Some popular websites are already showing the halving countdown. This event will lead to a drop in block rewards to 6.25 LTC per block. Many people believe that LTC prices will increase after halving.

However, previous records show that the halving did not significantly impact the price. Previous price data has revealed that no one can comprehensively predict LTC price after halving. The next Litecoin halving will also decrease the hashrate for mining blocks further.

Litecoin network relies on halving for price control since it regulates the supply of the coin. It protects it from over-circulating like fiat currencies.

Historically, there have been different phases of the halving process and price action.

Litecoin was officially launched on October 13, 2011. Litecoin was worth 30 cents when it was launched. Two years later, the coin's value exploded, with a market cap beyond $1 billion. By November 18, 2013, the price was around $5. In ten days, the price increased to $50.

However, there was a price decline up to May 2015. During this period, the block reward was set at 50 coins, with 28,800 new LTC coins mined daily.

The first halving event on the Litecoin network took place on August 25, 2015. Before this event, Litecoin recorded a price surge around May 2015, with the price peaking on July 10. The Litecoin price at the start of the halving was $3.05 and increased to $3.85 one year later.

The Litecoin network did not record a significant increase till the general crypto boom in May 2017. Experts believe that the activation of the SegWit protocol pushed the higher prices for Litecoin.

SegWit (Segregated Witness) protocol is a change in the transaction format of a coin to protect it against transaction compromise. It also speeds up transaction time by increasing the block capacity.

The block reward was halved to 25 LTC for mining, with around 14,400 new coins created daily.

The more recent Litecoin halving took place on August 5, 2019. The year started on a bullish trend that reversed to a bearish pattern on June 22, 2019. Even after the halving, it could not force an increase in LTC price as the fall continued.

The current price of LTC is $52.95. Many experts have predicted a rise in the price of the coin after the next Litecoin halving is completed.

Most Litecoin price prediction doesn’t show if the LTC halving will affect the price. But more people expect a price increase after the next Litecoin halving.

Market forces affect the volatility of a given cryptocurrency. The bottom line is that price is controlled by supply and demand.

Halving increases mining difficulty. Miner's record reward halving as a control measure against over-circulation. So, 87.5% of Litecoin will have been mined by the next halving.

A drop in the supply of LTC may not impact the price in the short term. So, the price can go either way.

Find more answers to clarify your confusion on how Litecoin halving affects supply, demand, and price.

What will happen after the next Litecoin halving?

After the next halving, the Litecoin block reward will drop to 6.25 LTC per block for miners.

Halving will greatly increase the mining difficulty of Litecoin blocks. The Litecoin price might also fluctuate depending on the market reaction to the Litecoin halving.

In theory, Litecoin halving is supposed to increase the price, but this is largely speculative. The previous two halving events did not impact it.

How many LTCs are left?

The maximum amount of Litecoin reached in 2022 is almost 70 million circulating in the market. The supply cap of Litecoin is 84 million LTC. So, there are now approximately 14 million Litecoin for miners to produce.

When will all Litecoin be mined?

Crypto market experts have projected that the supply of Litecoin will be complete by 2142. By this time, Litecoin will have reached its limit and can no longer be mined.

Also, by 2142, block halving will be complete, and the demand for Litecoin will rise due to scarcity.

What year will LTC halving end?

When the block reward becomes zero, the Litecoin reward halving will end. Most of the chief market analysts have predicted this will happen approximately in the year 2142

Who holds the highest number of Litecoin?

The largest Litecoin wallet holder has above 3.39 million LTC coins. The total worth of these coins is over $191.98 million, about 2.64% of the total LTC available.

Generally, whales hold the highest concentration of Litecoin, amounting to 21.74 million LTCs. This is around 30.9% of the total Litecoin available and worth a staggering $1.23 billion.

Previously the founder of Litecoin, Mr. Lee was among the top holders of Litecoin. However, he sold and donated most of his Litecoin tokens in 2017.

Is LTC mining worth it?

Mining Litecoin can be profitable using the right mining hardware, with access to low-cost electricity. Several ASIC miners must remain on the internet to be effective. But most mining hardware can be quite expensive and consume large amounts of electricity.

An alternative option is joining a mining pool. Here you rent mining power and remain active even when offline. Mining pools use complex instruments to provide enough computing power for all members.Profitability largely depends on keeping costs down to make a profit after considering the current hashrate. Mining is still profitable now but will not be when the last phase of halving ends. 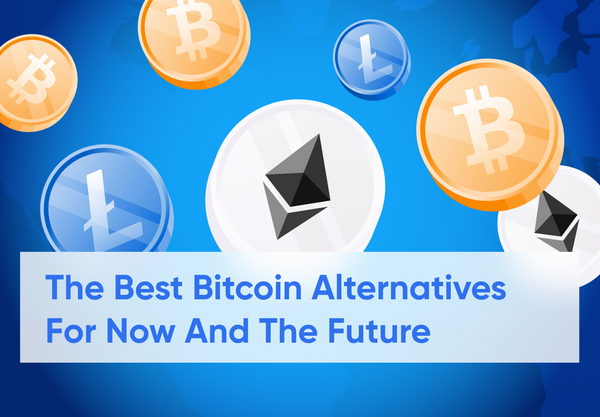