Monero XMR is a token worth exploring in the cryptocurrency market. With its advanced cryptography, the XMR blockchain takes transaction anonymity to a higher level. That's why it has become an exciting option for the Monero community.

So, is Monero a good investment? Will the ongoing volatility push its price up or down soon? Monero cryptocurrency has been reacting to macros like Bitcoin and Ethereum this 2022. The crypto market is bearish due to the crash of the FTX cryptocurrency exchange, but all hope is not lost yet.

As of November 11, most assets are now green as they push to reclaim their lost value. Currently, the XMR price stands at $128.07 after gaining 2.07 in 24 hours. Monero price prediction, from experts’ technical analysis, depicts a bullish price action in a few years.

What Is Monero (XMR)?

Monero (XMR) is a peer-to-peer privacy-driven cryptocurrency traced to Bytecoin. This digital token is developed and designed to be anonymous and untraceable. The Monero coin is fungible, meaning they can easily be interchangeable with themselves.

You can easily differentiate a Bitcoin bought on Coinbase from that bought from the darknet. But in the case of Monero, all the units in the Monero network are alike. So, it’s impossible to tell the coins apart, as they look the same.

This is why many financial regulators don't recognize the token since it's impossible to trace its payments.

A brief history of Monero blockchain

There were about seven developers of the Monero token. However, five of these developers decided to keep their identities anonymous. Some stated that the same inventor of Bitcoin, Satoshi Nakamoto, developed the Monero coin.

The origin of XMR can be traced to the Bytecoin, a decentralized and privacy-driven cryptocurrency released in 2012. A member of “thankfulfortoday," an uncommonly called Bitcointalk forum, forked the BCN’s codebase. This event brought about the Monero token.

Over the years, several developers have contributed to the Monero token following its birth on April 18, 2014.

What protocol does Monero use?

The Monero blockchain uses a Proof-of-work consensus system, which was introduced in November 2019. It validates transactions through the algorithm, RandomX.

Before now, Monero implemented an algorithm known as CryptoNightR. Both algorithms are ASIC-resistant based on their designs.

What makes Monero different from other cryptocurrencies?

Some features that make the Monero cryptocurrency different from other digital coins include the following.

In the Monero network, certain addresses are automatically created after every transaction. Users of this network can gain funds in one address while publishing another.

The addresses for receiving funds are not connected to the published addresses. Meaning, only the receiver and sender can tell that a transaction went on.

These are digital signatures on the Monero network. Only members in a group of the network can produce these signatures. Moreover, it’s impossible to determine the key for generating such signatures via computation. This fact is the reason Monero transactions are impossible to trace.

The Dandelion++ feature is responsible for hiding node IP addresses and transactions connection on the Monero blockchain. This function facilitates the security and privacy of transactions.

The Bulletproofs feature of the token’s network functions by erasing traces of transactions on the network. As a result, intruders have no proof of the dealings.

Monero, at a glance

A cryptocurrency price usually moves based on certain internal or external factors. Below are some factors that can increase or lower Monero's price prediction.

Monero network offers better anonymity for its users. With such a value proposition, the demand for monero coins, XMR, is bound to increase. High demand for any cryptocurrency leads to price increases.

So, as the network develops and users increase, XMR price prediction for the next few years will be positive. But a downtrend will follow if the demand falls.

Monero XMR total and circulating supply stand at 18,199,192 on CoinMarketCap. But regarding its max supply, the crypto data hub has no information for it. There's no fear of saturation if the crypto asset has a supply cap.

But if Monero doesn’t have a limit to the new coins that will enter the XMR market, saturation and price crash in the future is possible. So XMR price movement in the future is still uncertain.

Monero's forecast is highly speculative due to inflation, fear of recession, interest rates hike, and a call for stringent regulation.

So, XRM price prediction can change to a more bullish or bearish trend as events unfold. The hope for XMR future price now is a positive tech sector growth prediction, given the increased reliance on digital products.

Also, a general market and Monero sentiment can create a death cross on XMR candlestick price trend. There could also be a market correction leading to Monero XMR price increase.

There have been a lot of expectations that the tech sector growth will push digital assets' adoption. With innovative technologies like Web3, NFTs, and Metaverse, emerging continually, monero prediction for the future is positive.

Generally, the crypto sector growth prediction is positive, even with the ongoing events affecting asset prices. Many countries have adopted digital coins, and more have legalized them for payments.

All these events will lead to a golden cross in the price prediction for XMR.

Monero (XMR) Price Performance In The Past

Since the inception of the Monero cryptocurrency, the coin price has witnessed multiple up and downtrends. Here’s a brief history of its price movements over the years.

The Monero token appeared in the crypto market in 2014 at about $1.65. After a short while, the token displayed some volatile upward movement to reach a short-lived $5.39. Shortly after this price jump, it dropped to a price lower than $1. There it remained for the next two years following its launch.

There was a notable bullish price trend of the Monero coin in 2016. History shows that the price growth resulted from the enthusiastic adoption of the coin. This price change occurred between the end of August and the dawn of September.

According to the market watch, the token moved from about $2.50 to $13 within two weeks. Following this, price appreciation was consolidated for the remaining part of the year.

Sometime in August 2017, Monero recorded another price surge. This price growth resulted from the Ring Confidential algorithm of the token introduced at the time.

In the same month, the token rose to $85 with a market cap of $1 billion for the first time.

The Monero coin maintained a steady growth following the remarkable price growth in 2016 and 2017. In January 2018, the token hit its all-time high of $480 with a market cap of more than $7 billion.

However, in March 2020, the coin witnessed a significant loss in value. The coin bid goodbye to 2020 trading at $156. The major reason for its price drop was the ongoing global pandemic.

Its growth was gradual and steady throughout 2021, hitting the year’s peak price of $270.

How Is Monero Doing Now?

The -4.15% 24-hour change of the Monero cryptocurrency indicates that the token has been on a downtrend. At the time of writing, Monero trades at $124.1, having a 24-hour trading volume of over $223.8 million, according to data from CoinMarketCap.

Monero forecast today shows a maximum price of over $135 and a minimum price of $120.1. The predicted average trading price of the token could be around $129.17 based on experts’ technical analysis.

Experts in the cryptocurrency market are eager to share their XMR price prediction in December 2022. Find their forecasts below.

The moving average of Monero coin reveals the volatility of the crypto market with a decreasing candlestick chart. Despite this simple move, the future price of Monero is expected to reach a high resistance level.

The table below shows the Long-term Monero price prediction for 2023.

Monero price analysis shows that the cryptocurrency is following a powerful downtrend due to ongoing events. But XMR market experts believe there is a future for the crypto. Below is the Monero price forecast for the next 8 years.

To invest in the crypto ecosystem, it’s important to explore some price predictions and forecasts from crypto experts. These predictions show the possible future price of specific digital currencies.

Check out the predictions of some crypto experts below.

2022 Monero price prediction from Wallet Investor shows that the token will hit a maximum price of $284.030 before the year ends. The forecasted minimum and average trading prices could be $75.373 and $194.044.

Margex is a crypto trading platform for both newbies and professionals. The platform features reliable assets such as BTC, ETH, LINK, SOL, DAI, USDC, USDT, etc., for trading and staking.

From the candlestick chart, XMR is set to repeat past price behavior. The 50-day and 200-say Simple moving averages show a late bearish trend about to break into a possible bullish run. Currently, Monero is testing its key resistance level of $132.78.

It might surpass the higher resistance level of $173.76 in the coming days. With its current price performance, it is safe to say that the closest support levels of $114.98 and $107.93 will hold.

Monero coin is currently displaying a strong buy signal with profit potential. Margex prediction is an informative update and not an investment guide. Research and invest what you can afford to lose because whether you invest in XMR or any other cryptocurrencie, market volatility is real.

If you want to know more about the future of XMR, check these answers to some important questions in the crypto space.

The crypto market is very volatile, so XRM valuation depends on it. Monero price predictions estimate the coin value to surpass the $1000 mark by 2030 and continue rising.

What will Monero (XMR) be in 5 years?

Does Monero (XMR) have a future?

Based on expert technical analysis, Monero has a bright future. Although some experts' price forecasts show a slow growth rate for Monero, most believe the coin will stay for a long time.

What price will Monero (XMR) reach? 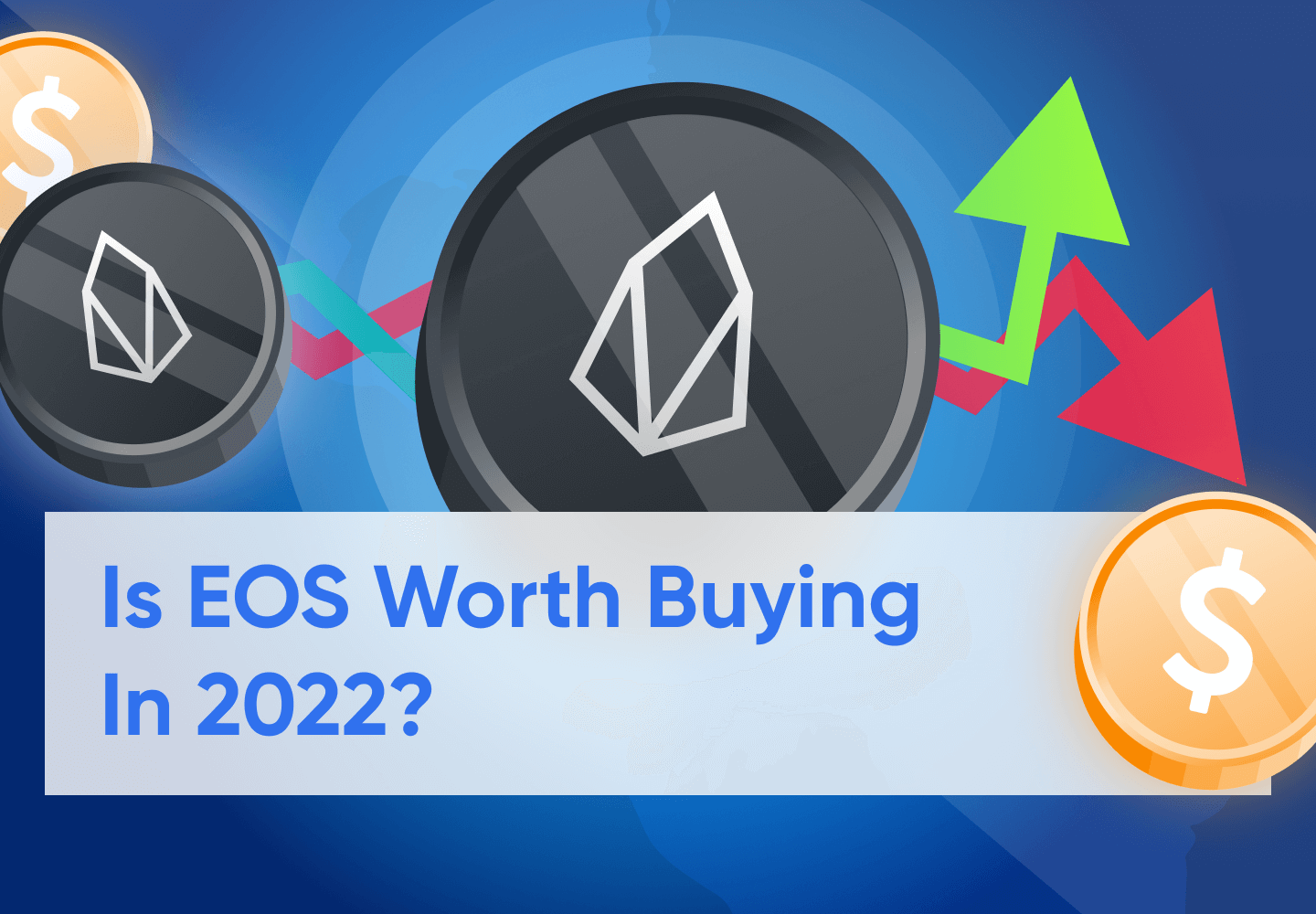 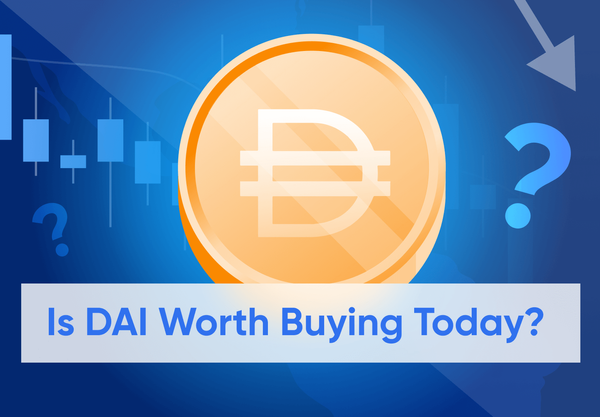 DAI is a stablecoin pegged to the US dollar and based on the Ethereum network. At every point in time,... 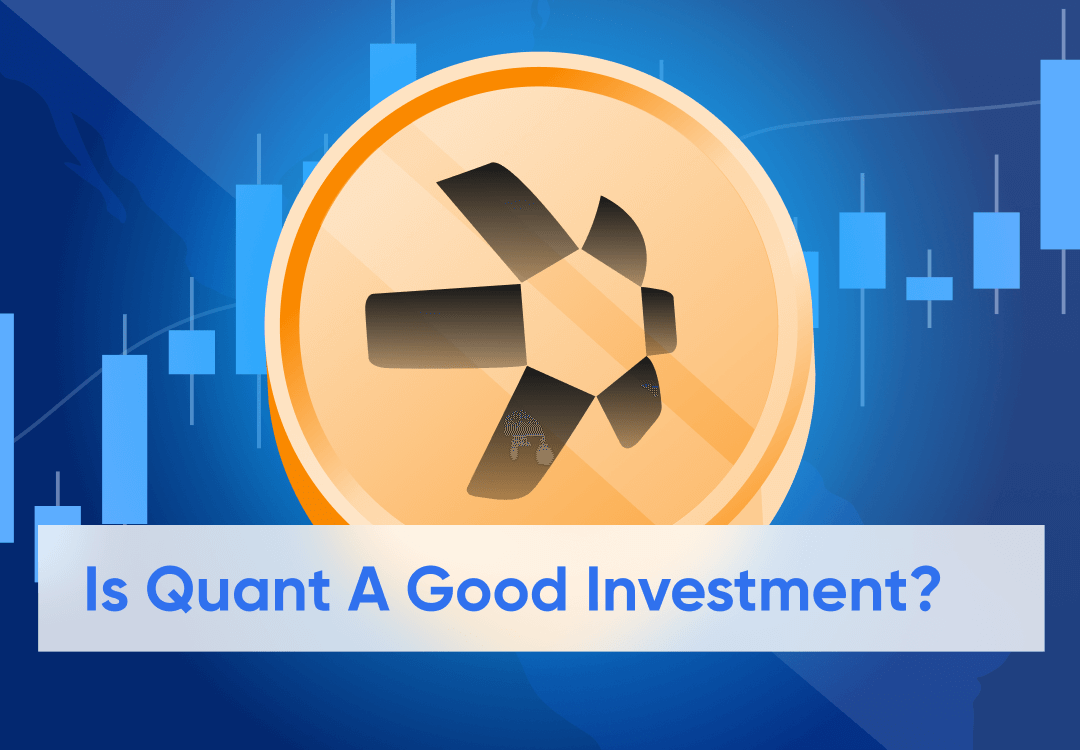 No industry has been spared from the might of the blockchain industry, as it has successfully made itself part and...