The cryptocurrency and decentralization movement has spread across the world like wildfire in no time because most crypto proponents believe that centralization and governing bodies as regards finance have failed economies and the people in terms of transparency, security, financial inclusion and inclusion many more. Therefore, the sound of a possibility that eliminates central authorities from the matters of their finances makes their heart merry.

However, an important question arises: "how do we validate transactions, prevent fraud from double-spending, and keep our money secured; if we are completely eliminating central authorities like central banks and FinTechs?" This is where blockchain technology comes in and the concept of "consensus mechanisms."

Blockchain is a distributed ledger technology used in cryptocurrencies to enable and record transactions(in a way that can't be tampered with). While consensus mechanisms are the various processes involved in validating those transactions like it were a central authority doing the job.

In this article, we will consider two of the most popular consensus mechanisms and pitch them against each other to understand their concepts and how they work correctly.

What Is The Proof-of-Work Consensus Mechanism?

Before considering what Proof-of-Work is, let us lay the groundwork around consensus mechanisms to aid a better understanding of the Proof-of-Work Vs Proof-of-Stake comparison.

According to the Oxford dictionary, a consensus is "a process of decision-making that seeks widespread agreement among group members." This is very important because blockchain, cryptocurrencies, and decentralization are built on communities without central bodies with a monopoly on decision-making.

The presence of communities makes the adoption of consensus mechanisms expedient as they are the various ways different communities make certain decisions like valid transactions, updates required, etc. One of the strongest and most popular mechanisms is the Proof-of-Work.

Proof-of-Work is the process involved in generating and validating new blocks of data to be added to a blockchain by certain actors in the system called miners. Miners compete to solve complex mathematical simulations at the fastest time possible, using the most effective computational resources at their disposal(which are often expensive).

Proof-of-Work requires miners to validate transactions by generating a cryptographic hash that matches the solution to the complex mathematical puzzles they are tasked with. This becomes more expensive to do as the higher the blockchain climbs in block number, the more complex the puzzles get, requiring more heavy-duty computational devices to solve the problems that consume a lot of electrical energy. This high energy consumption is an advantage and disadvantage for the Proof-of-Work mechanism.

As an advantage, it makes the Proof-of-Work consensus very secure by making it expensive for malicious actors to sabotage. This is because the computing power needed to solve complex mathematical puzzles requires costly hardware, and to take control, you'll need at least 51% of the total mining power.

In the case of Bitcoin, the cost of gaining 51% of the total mining power would run into billions of dollars.

This strength is a weakness as the high costs and complexity of Proof-of-Work blockchain lead to a constant upgrade of computer hardware devices. Furthermore, the high electricity costs are also an environmental concern and could lead to increased CO2 emission.

What Is The Proof-of-Stake Consensus Mechanism?

Proof-of-Stake emerged in 2012 as an attempt to solve the shortcomings of the PoW blockchain, primarily scalability and energy consumption. The discussion that led to Proof-of-Stake suggested that computational work be replaced with a "stake" in the host blockchain's network.

Proof-of-Stake requires that users hold the native token of the blockchain they are on and stake a set amount as collateral or a sign of good faith to qualify as validators that can be selected to verify and add blocks to the blockchain. The PoS mechanism adopts validators as opposed to miners for the PoW blockchain.

Technically, users with higher amounts of cryptocurrency staked will be chosen among the qualified validators. But, PoS blockchains have added protocols that randomize the choosing process of validators to ensure equity and fairness. For example, once a validator verifies a block, other validators must confirm the verified block to ensure that it is correct and matches the blockchain requirements before it can be added.

A validator on a PoS blockchain audits transactions, confirms activity, casts ballots for conclusions and keeps records. Validators also receive network fees for verifying transactions instead of block rewards that miners get on the PoW consensus for hashing new data blocks.

The Proof-of-Stake consensus consumes far less energy than the PoW mechanism and is embraced as an environment-friendly consensus mechanism.

The absence of computational drills on the PoS mechanism considerably reduces the block verification time and increases the number of transactions a network can process in seconds. This scalability offering of the PoS mechanism makes it appealing to limited blockchains like Ethereum to move forward.

There are speculations about whether the PoS mechanism has come to replace the PoW mechanism, but crypto proponents disagree with that line of thought. Their reason is that Proof-of-Work has been here longer; it first surfaced in the 1990s to combat spam emails before it was adopted and popularised by Nakamoto's Bitcoin blockchain in 2008. PoW's long run with Bitcoin for over a decade and with the large scale Bitcoin has reached its effectiveness and ability to serve. On the other hand, PoS is fairly new and has not reached that much scale to be proven.

Users holding ETH have nothing to fear when ETH 2.0 becomes live. Ethereum moving to its second version has been scheduled to happen in phases, which convert ETH 1.0 to one of the 64 shards the Ethereum network will be divided into, making the data and funds held on ETH 1.0 automatically a part of ETH 2.0.

Users can continue to hold their ETH without any concerns. However, only users that want to participate in staking can monitor the phases closely to see where and when they can start staking.

The level of energy consumption required for PoW systems to operate prevents any malicious actor from trying to fork the blockchain or validate wrong transactions because that will need at least 51% of the network's computational resources. Furthermore, the competition in generating the correct cryptographic hash function at the fastest time possible also contributes to the network's security because miners invest more and more computational power into the network, expanding the node's base.

Every node on the Proof-of-Work system must remain online and constantly participate because of the fierce competition to generate new blocks and get block rewards. The cost of keeping these heavy-duty computational devices on and working is high energy consumption. This energy consumption leads to many CO2 emissions, which are considered dangerous for the environment.

Proof-of-Work requires a high maintenance budget, consumes a lot of energy that is not sustainable in the long run and involves a lot of high-end computational devices. The time required to validate transactions and add blocks also contributes to the number of transactions that can be handled per second(which is very low) and the cost of validating the transactions(which can be very high when the network is congested).

By removing the heavy computational resources and capital intensity required in Proof-of-Work systems, Proof-of-Stake largely reduces the barrier to participation. It allows more nodes to come into the network. The subsequent increase in nodes increases the strength of the network's security and makes it harder for centralization to exist in the governance of the network.

Proof-of-Stake's scalability also means it increases its use cases and adoption of its host blockchain. As a result, users, developers, creators, investors, and others will easily gravitate toward a fast, secure, and decentralized network.

Proof-of-Stake is relatively new and is still speculative on whether it can stand the test of time like its contemporary, the Proof-of-Work consensus. The PoS algorithm also can favour users with larger currency holdings to validate the blocks added to the blockchain.

PoS does not effectively rebuke forking on its network, as a forked blockchain will still reflect mirrored transactions on the main blockchain, giving validators a chance to double-spend and earn more.

Double-spending is when a cryptocurrency is spent twice. Imagine going to five stores and paying or spending the same Bitcoin multiple times. As a result, you gain more but would have cheated five business owners.

Which is better, Proof-of-Work or Proof-of-Stake?

The Proof-of-Work system comes with high decentralization and security at the cost of scalability. Unfortunately, this strong security and decentralization involve high-speed, heavy-duty computational devices that consume a lot of energy which is somewhat bad for the environment.

Moreover, it raises the barrier to participation in the network to only capital-intensive participants/companies who can afford mining devices.

On the other hand, the Proof-of-Stake protocol comes with decentralization, security, and scalability. In this case, the strength of this decentralization and security is questionable compared to the Proof-of-Work system. Participants with significant holdings to Stake will often be selected for block validation, but this occurrence is reduced by adopting protocols that cause randomization when choosing validators. The Proof-of-Stake method, however, reduces the barrier to network participation, bringing more nodes into the network and ensuring further decentralization and security of the network.

Is Proof-of-Stake more secure than Proof-of-Work?

Is the Proof-of-Stake consensus the successor to Proof-of-Work?

If and when Ethereum successfully shifts to the Proof-of-Stake protocol, a handful of cryptocurrencies like Bitcoin, Bitcoin Cash, and Litecoin will remain using the Proof-of-Work mechanism. Does this translate into Proof-of-Work getting replaced? It is less likely. To date, Proof-of-Work is the only mechanism proven effective at scale, making it hard to be "replaced." However, its energy consumption is posing a problem.

Which consensus does Ethereum use — Proof-of-Work – or – Proof-of-Stake?

Ethereum currently operates with the Proof-of-Work consensus, which has contributed to the strength of its blockchain security and is also responsible for the scalability issues affecting the Ethereum network. Ethereum 2.0, on the other hand, is to operates on the Proof-of-Stake consensus, which drastically reduces energy consumption, aids scalability and improves network security. 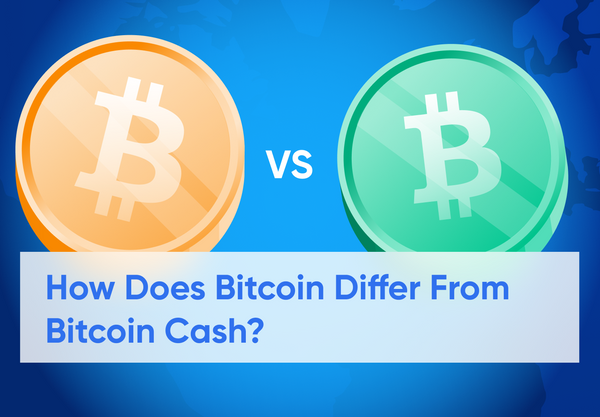 Many cryptocurrencies emerge as new projects, while others come as hard forks of an existing one. This was the case of Bitcoin Cash BCH, a hard fork of the original 2009 bitcoin blockchain. On August 1, 2017, some developers hard-forked the original Bitcoin network to create Bitcoin Cash. They aimed 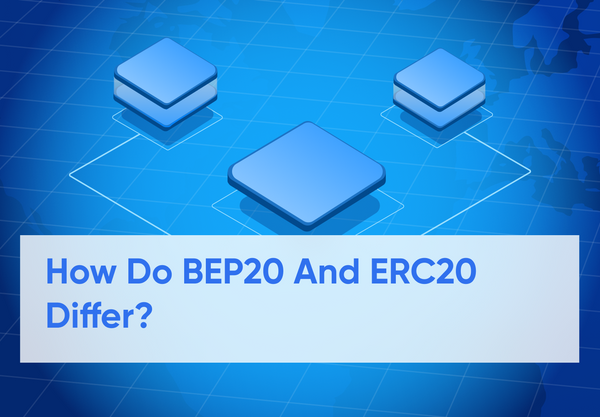 A crypto enthusiast can relate to two familiar terms: BEP20 and ERC20 tokens. Many of the defi protocol tokens that use smart contracts on the Ethereum network are called ERC20 tokens. Some popular ones include USDT and USDC stablecoins, Shiba Inu SHIB, etc. On the other hand, every cryptocurrency token